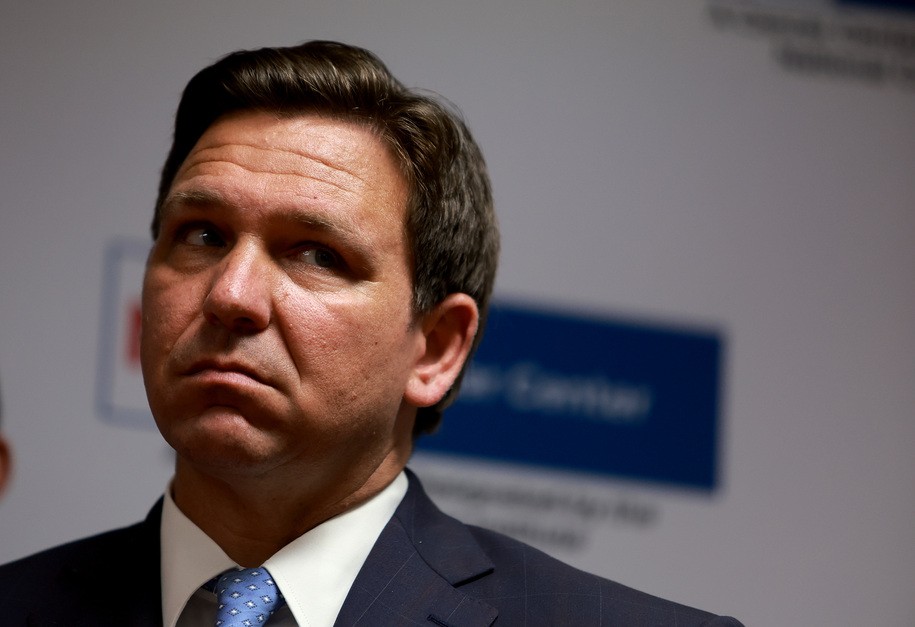 On Wednesday, DeSantis officially requested 100% federal cost share and a major disaster declaration for all 67 of Florida’s counties in the wake of Hurricane Ian. In addition to “federal assistance programs for individuals,” DeSantis has requested funds for repairing not just “emergency” infrastructure but public works and buildings damaged by the flooding over the long term.

Collectively, this is the same type of relief he voted to deny victims of Superstorm Sandy.

Like other Republicans who voted against aid to Sandy’s victims, DeSantis has fumbled for an explanation about his original vote against the Sandy aid after it became apparent that similar natural disasters occurring in red states would continue to demand federal funds, on a more or less recurring basis. His excuse, as Contorno reported, was that such appropriations were ”different than the disaster package for Sandy, which he said was loaded with projects that weren’t emergency-related.”

That was a lie then, and it remains a lie today. The majority of that $9.7 billion package for Sandy relief, as Contorno explains, “went toward a bailout of the National Flood Insurance Program so people who had their homes destroyed by Sandy could be paid, or to fix infrastructure, like train lines, damaged by the storm.”

RELATED: We need to drastically rethink what recovery looks like as the climate crisis worsens

Faced with nagging accusations about hypocrisy, DeSantis regrouped and reframed several months later, complaining that the Sandy relief bill had been filled with “extraneous stuff” and, in a new twist, blaming New York’s state government for being fiscally irresponsible for failing to properly insure buildings that had been destroyed by Sandy.

As reported in 2013 by Douglas Jordan, for the St. Augustine Record, then-Rep. DeSantis said:

“You also had the New York state government coming into Congress saying, ‘Hey, look at all these buildings that got damaged.’ And we asked, OK, what is insurance picking up on this? And they said, ‘Well, we didn’t insure them, we didn’t think they’d ever be a problem.’ So, in that situation, we want to help people, I think, as the last line of defense, but you don’t want to basically reward them for not doing the responsible thing.”

“Not doing the responsible thing,” huh. Gee, I wonder how many buildings in Kissimmee were underinsured as of last week?

Before anyone accuses me of trying to make political hay out of a disaster, my point is this: It’s very easy to try to turn the provision of emergency aid into a statement of so-called morality to score political points when you’re not the one suffering through the disaster. Some might even compare it to the kind of callous, self-interested disregard someone who, let’s say, denied the efficacy of social distancing and masking regulations during an unprecedented pandemic, and lied about his own state’s fatality rates, might exhibit.

But DeSantis needn’t worry. His state will doubtlessly get the money it needs from President Joe Biden’s FEMA and the Democratic Congress. And he can continue to preen through his vetted and rehearsed appearances and pretend he’s some sort of hero, safe in the knowledge that the damage to his state will be repaired.

RELATED: Ron DeSantis admits to Hannity that he is ‘thankful’ for President Biden’s help with Hurricane Ian

It’s just too bad he couldn’t extend that courtesy to the citizens of New York and New Jersey when they needed the same help.