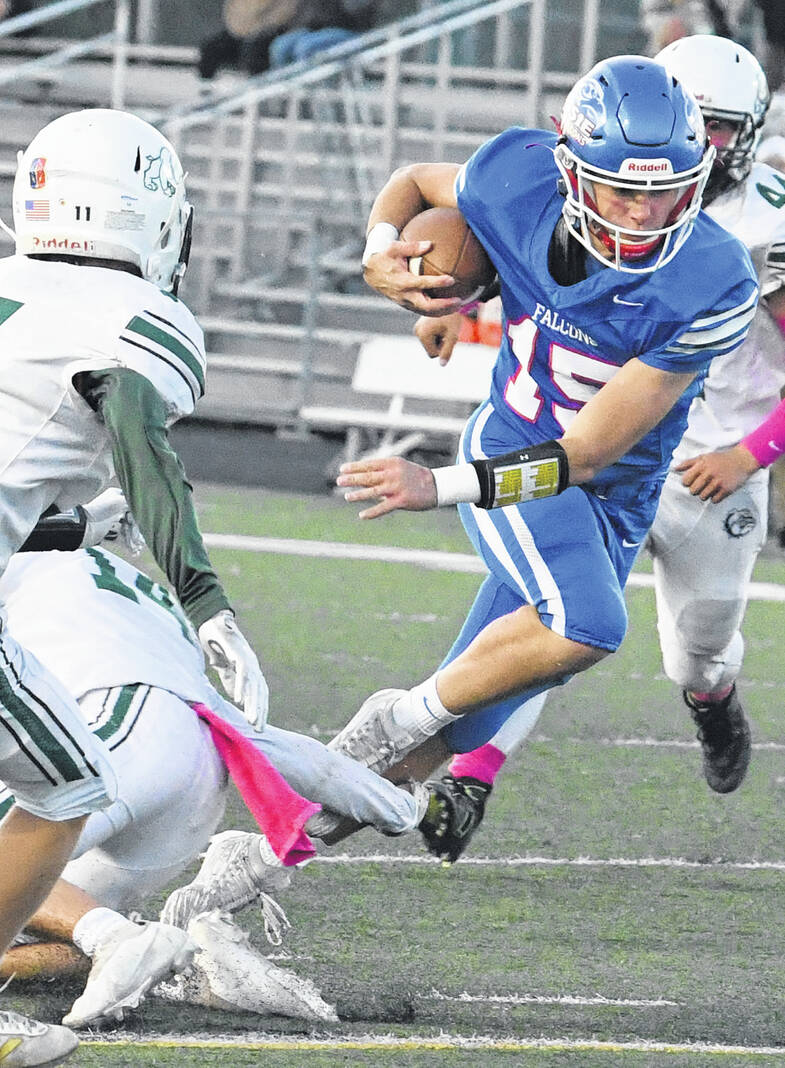 Clinton-Massie is in the unfamiliar position of playing two must-win games in the regular season.

The Falcons will travel to New Richmond for Week 9 then close out the regular season at Frank Irelan Field against Wilmington.

Kickoff this week is set for 7 p.m. Friday.

The Falcons (3-5 overall, 2-1 American) must win the final two games to have any shot at the post-season. They are playing much better now but the 0-4 start against a strong schedule is hurting the team’s playoff chances.

“Hopefully we can make it to Week 11 and see how the cards play out,” CM coach Dan McSurley said.

The Falcons must finish the regular season at 5-5 and have some help to continue its season.

Clinton-Massie is coming off a 42-0 win over Batavia, a game in which the Falcons were happy to simply be healthy on Saturday morning.

In New Richmond, Clinton-Massie has a team that runs a similar offense to Western Brown and Batavia, McSurley said.

The Lions have not have Laurence Smith the past two weeks and he offers another dimension to an already effective offense.

“This is the first time in three years that we’ve been able to prepare properly for New Richmond,” McSurley said. “The Covid year we played Batavia on Monday and New Richmond (on Friday), so we only had a few days to recover. Last year they said they weren’t playing us until Thursday afternoon, the week of the game. So this is the first time we have been able to prepare correctly. We’ll just have to see.”