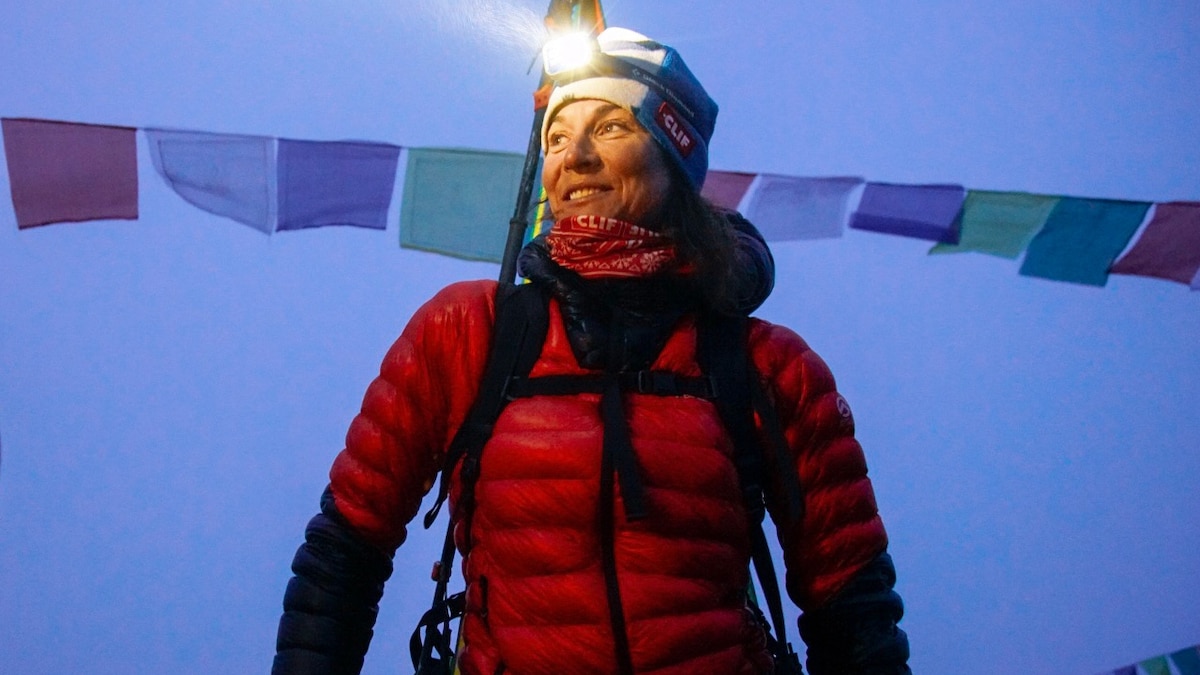 On Monday, American ski mountaineer Hilaree Nelson and her partner Jim Morrison reached the summit of 26,781-foot Manaslu, the eighth-highest mountain in the world. Soon after the 49-year-old Nelson began her descent on skis, she triggered a small avalanche and was swept away. On Wednesday, Morrison found her body.

“Oftentimes in life, people want to play it safe, and we make everything around us—especially in the Western world—to be comfortable and safe,” ski mountaineer Hilaree Nelson once mused. “And so we can make choices where you can see where that road is going to take you, and I’ve always been prone to making a choice that I don’t know where it’s going to take me.”

Nelson, a National Geographic Explorer, had a distinctive sense of wanderlust that propelled her through more than 40 expeditions to 16 countries. Along the way, she explored some of the tallest mountains on the planet, often carrying her skis along with her for the ride down. In 2012, she became the first woman to summit two 8,000-meter peaks, Mount Everest and Lhotse, in a single 24-hour push. Six years later, Nelson returned to Lhotse to become the first to ski from its summit.

She was deeply respected for both her extensive big-mountain experience, and her low-key, mindful approach to life’s challenges—whether the everyday struggles of parenting, or pioneering new descents around the globe. In 2018, Nelson was named captain of the North Face Athlete Team, a title only one other athlete has held. A National Geographic Society grantee, she was also one of the winners of the 2018 National Geographic Adventurer of the Year award.

Despite her many super-hero accomplishments, friends recall her as a thoughtful presence and quiet leader, someone who never sought the limelight. For younger generations of female mountain athletes, her loss is particularly painful.

“She’s seen as this athlete, trying to maximize her physical capabilities, but to me she was very soulful,” says Taylor Rees, a filmmaker who collaborated with Nelson on several projects. “She faced her challenges and demons with such honesty and vulnerability and grace.”

Rees’s husband, climber and videographer Renan Ozturk, offered similar recollections. “The resilience she had to be out of her comfort zone and laugh in the face of dire situations speaks to her positivity,” he says, likening the news from Manaslu to a “gut punch.” “She had heroic strengths—not only in the mountains, but in her community, and her family.”

“She was an endurance monster, as strong as anyone as I’ve been with in the mountains,” climbing partner Cory Richards remembers, “but she was also a kind soul, and often that got obscured by her drive.”

Long before Hilaree Nelson carved her way down snow-covered 8,000-meter peaks, she had already secured a reputation as a gritty competitor on the basketball court. During her senior year of high school, the 5’11” Nelson helped lead her team, The Shorewood Thunderbirds, to a 23-2 record and a third place finish in the Washington State championships. But as the Seattle Times noted at the end of the season, “Shorewood wasn’t impressed with its third-place finish.”

After enrolling at Colorado College, skiing and mountaineering began to take precedence over indoor athletics. Soon after she graduated, Nelson booked a one way ticket to Europe and began to learn about big-mountain skiing, winning an extreme ski championship along the way. In 1999, she joined The North Face as a sponsored athlete.

Although reaching the top of both Everest and Lhotse in a single day raised her profile as a Himalayan climber, it was another expedition, to Hkakabo Razi, an isolated peak in Myanmar, that helped push Nelson to reevaluate her potential.

Part of the genesis for the trip was Nelson’s desire to do an “old school adventure,” somewhere  remote and off the map compared to the crowded routes up Mount Everest. Summiting the peak, however, was only part of the goal. Nelson, who led the trip, was committed to experiencing the full journey, which included a two-week trek just to reach the mountain.

“We would only walk seven to 10 miles a day, instead of 15 miles, so we could camp in each village and visit with people, doing knowledge-sharing sessions,” Rees recalls, who joined the expedition with her husband Ozturk as a filmmaker and basecamp manager. “Hilaree was right there, always trying to learn. … She stuck with her vision, in that she wanted to do this expedition in a different way and see the entire country from bottom to top. She stuck with it, even when we were running out of food.”

The monumental, four-month effort funded by the National Geographic Society pushed Nelson and her team to the limits of endurance, and they ultimately failed to reach the summit.

“The media wrote it as a failure, but it was anything but for us,” Rees adds. “It was the beginning.” Indeed, friends noticed a new gleam in Nelson’s eye after she returned from Hkakabo Razi. Although the defeat stung, Nelson seemed to come away from the experience more driven than ever to succeed as a Himalayan climber and expedition leader.

“She was deeply empathetic,” remembers Richards, another teammate on the Hkakabo Razi expedition. “But there was an inverse side to her … an almost outright rejection of limitations.”

A year after Hkakabo Razi, Nelson met Jim Morrison, a Californian skier with big Himalayan dreams of his own, and something clicked. On Wednesday, Morrison, in a post on Instagram, called Nelson “the beacon of light in my life day in and day out” and “the most inspiring person in life.” “I’m in Kathmandu with her and her spirit. My loss is indescribable,” he wrote.

In 2017, Nelson and Morrison embarked on another first, of sorts—their first mountain expedition together, as a couple. They succeeded in climbing and skiing a 21,165-foot peak in India known as Papsura. “I was afraid he might not see the same thing I saw in this mountain,” Nelson would later say.

Nelson had become obsessed with the mountain when she first saw it in 1999. She had failed to make the summit in 2013. Her pursuit of the summit was cited by the National Geographic Society when she was named an Adventurer of the Year: “It seared a place in her mind and inspired years of training with the goal of reaching its peak.”

Throughout her career, Nelson struggled unabashedly at times with the expectations and limitations of being a woman, a mother, and a professional adventurer—and becoming a role model for younger generations of female athletes in the process.

“A lot of things I’ve done are a first but only a female first,” Nelson reflected in a North Face video. “Having that space to be the first female was really helpful in my career. But when I hear the 25-year-old athletes coming up, they don’t want that female disclaimer anymore. … Now we’re past that. We are through it. We can throw down just as hard as the men.”

“Hilaree paved the way for women in the adventure sports space with her refusal to choose between motherhood and her athletic career. She showed us that we could be everything—follow our passions as well as raise a family,” says Emily Harrington, a climber who joined her on the Hkakabo Razi expedition. “She did it unapologetically with a mix of grit and grace in a way only a true leader could.”

Hilaree Nelson leaves behind two children, Quinn and Grayden, from a former marriage, and her partner Jim Morrison.