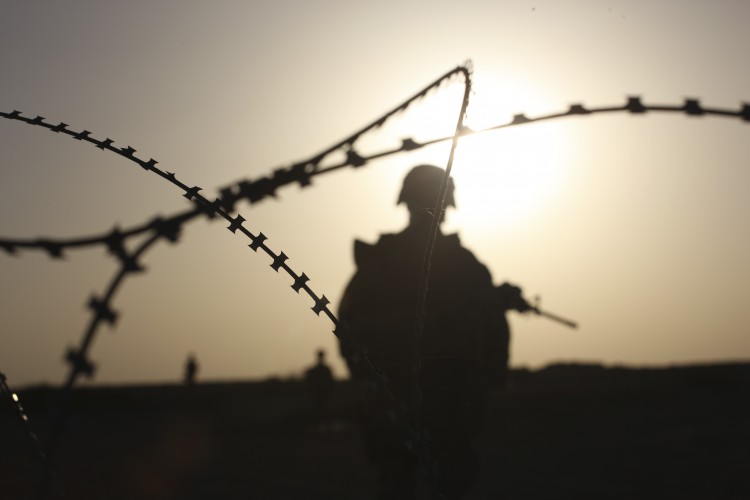 Suicide, which kills over 45,000 Americans each year, is a leading cause of death in the United States. But it doesn’t affect all people equally. The Department of Veterans Affairs (VA) estimates that the suicide rate for veterans is 1.5 times the rate for non-veteran adults. Although suicide has no single cause and is influenced by a range of risk factors – financial stress, a divorce or breakup, depression, anxiety, addiction, or pain – America’s veterans have been hit exceptionally hard by suicide. And veteran suicide rates are complicated and burdened by both stigma and treatment hurdles.

This summer the VA released the 2022 National Veterans Suicide Prevention Annual Report, which revealed a decrease in veteran suicide from 2019 to 2020. While this is encouraging news, the accuracy of VA’s data has been called into question and, as long as a single life is lost, we have more work to do. A national strategy that moves us closer to ‘no lives lost to suicide’ begins with making sure veterans have direct access to the care they need when they need it. A grateful nation owes them nothing less.

High inflation and cost of living, isolation, and barriers to medical care are a hazardous formula for substance abuse, mental illness, and – tragically – suicide. The PACT Act, recent bipartisan legislation to help veterans exposed to burn pits and other toxic substances, is an overdue victory for veterans in getting the health services they are due. The new law guarantees support for the estimated 3.5 million veterans who were exposed to dangerous toxins during their military service. This will bring more veterans into the VA system and connect them with the benefits and services they need.

September is ‘National Suicide Prevention Awareness Month,’ and it offers the opportunity to reexamine what we need to do to provide 21st Century medical care and support to America’s veteran community. To combat suicide, veterans require better care, and the next Congress should move to expand access to care when and where veterans choose to receive it. Medical care delayed is medical care denied and a serious contributor to suicide. More and better health options for veterans will result in more and better choices, and, consequently, improved health outcomes. Removing barriers to care will help move veterans – especially those most vulnerable – out of isolation and into communities of care. What’s more, timely access to care – including extended telehealth options and technologies – will help alleviate the distress and isolation suffered by many veterans.

The good news is that Congress has a firm foundation on which to build. Early in the Trump Administration, Congress passed the MISSION Act to give veterans greater health care freedom. Later in the Trump Administration, Congress passed the Commander John Scott Hannon Veterans Mental Health Care Improvement Act to give community organizations the financial resources to expand their services to reach even more veterans through their lifesaving work. Next, the VA and Congress must continue to develop an integrated health system that allows veterans to pick their own facilities, doctors, and treatments, whether from VA or the private sector – because veterans deserve the best of both worlds.

Veterans’ health and suicide prevention are not partisan issues. As with the PACT Act and other landmark veterans’ bills, Democrats and Republicans are able put their political interests aside to compromise and find consensus on how best to implement reform. Both parties agree that technology, digital health, telehealth, and innovation are the means for a forward-facing, pro-veteran healthcare agenda, and – more importantly, perhaps – both political parties agree that veterans deserve access to the finest medical care in the world.

How do we prevent suicide? The answer – surprisingly – may be simple. The action – not surprisingly – is far more complex. Access to the right kind of health care, treatment, and support that works best for the veteran – is the ‘simple’ answer. The complex action, of course, is the essential reforms necessary to guarantee that all veterans get the care they need when they need it most.

Many veterans and active-duty servicemembers don’t seek help because they don’t know help is available. They are disconnected and isolated, especially in the first few years after they leave the military. Access to benefits, peer support, health care, and wide-ranging community-based support is the key to our victory over the suicide crisis.

This crisis requires our best effort and willingness to work together to break the stigma and find the lost, and we need to address it now.

If you or a veteran you know is having thoughts of suicide, contact the Veterans Crisis Line to receive free, confidential support 24 hours a day, 7 days a week, 365 days a year. Call 988 and Press 1, text 838255, or visit http://VeteransCrisisLine.net/Chat.

Rep. Mike Bost, R-Ill., represents Illinois’ 12th Congressional District. He is the House Committee on Veterans’ Affairs Ranking Member and a Marine Corps veteran. Eric Hargan is the founder and CEO of The Hargan Group, a healthcare consulting firm. He previously served as Deputy Secretary of the US Department of Health and Human Services (2017-21) and Acting Secretary (2017-18). He is on the boards of University Hospitals in Cleveland, Alio Medical, Tomorrow Health, HealthTrackRx and SIU Medicine Department of Population Science & Policy.